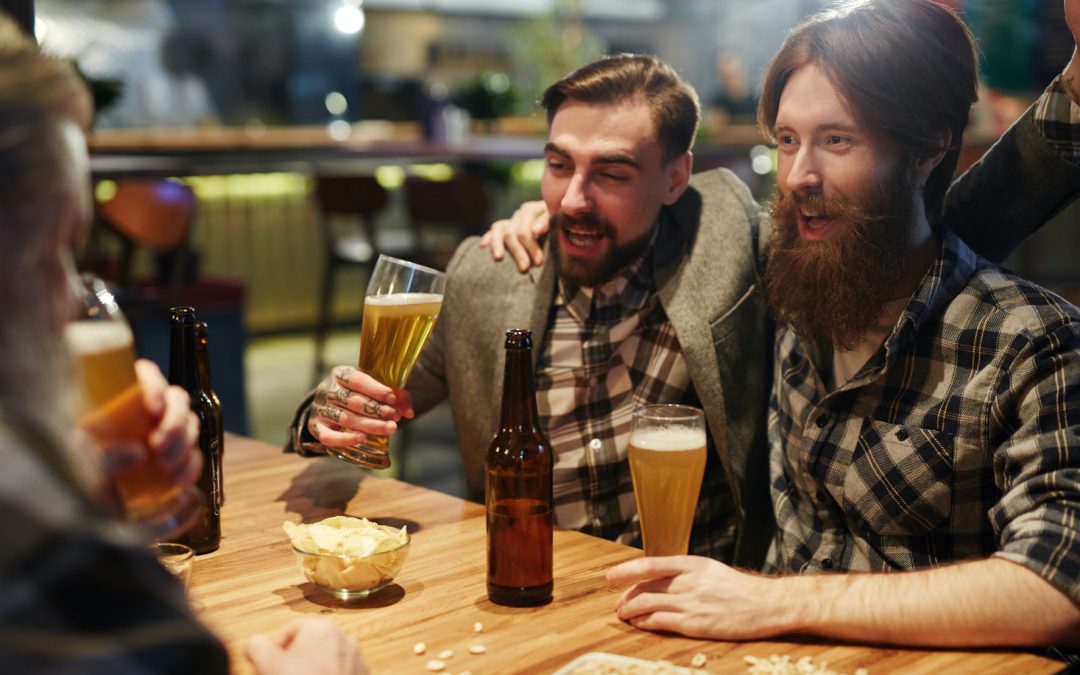 Drinking a glass of beer indeed produces some stimulants that relax the drinker. It is true that having a beer with friends strengthens the bond of friendships and creates memorable moments. However, it is also true that too much drinking of beer, or any alcoholic beverage for that matter, has some profound health implications on its drinker. Alcoholism remains one of the biggest concerns in today’s society. Margaret Moschak, in her book “My Alcoholic, My Love: My Love and Loss of an Alcoholic Husband” talks about the impacts of living with an alcoholic family member; in her case, an alcoholic spouse. More than just a social problem, the health problems faced by an alcoholic are so serious, even life-threatening, if not treated or addressed earlier.

Drinking a glass of beer or alcoholic drinks occasionally should be no big deal. It is when drinking too much that it becomes a serious problem, more so if it becomes a misuse, abuse, or an addiction. Aside from the psychological impacts brought by alcoholism to the drinker and the people surrounding the alcoholic, the physical ramification is so grave that the damage to the body might even be long-lasting. Unless the person has an existing illness, the impact of drinking alcohol is not felt at the first sip; it takes time for any complications to develop. But then, of course, it is wise not to wait for complications and issues to take place before considering stopping alcohol binging altogether.

Below are some of the physical health complications that could affect a person addicted to alcohol drinking:

Alcohol has a major impact on the body’s central nervous system. So dangerous is the effect on an alcoholic that it can impair the normal brain’s communication process. Often referred to as alcohol intoxication, some of the effects are the feeling of euphoria or tipsy feeling; the altered state of normal reasoning, thinking, or judgment; confusion; stupor; depression; dementia; and in some worst-case scenarios, coma, brain damage, or even death.

The cardiovascular system is also greatly impacted by too much alcohol. Even a tiny sip of alcohol could cause an increase in the heart rate and blood pressure, so imagine what binge drinking would do. Over time, prolonged drinking increases the heart rate, making the heart function abnormally. The effect would be high blood pressure, irregular heartbeat, and weakened heart muscle, all of which are leading causes of heart attack and stroke.

Liver damage is also another leading physical complication brought by alcoholism. The liver flushes typically toxic wastes inside the body, and since alcohol is a toxin, it’s the liver’s job to drive it out. But the liver would fail to function normally as it would if it cannot keep up with the heavy drinking. Drinking too much and too fast causes cirrhosis. Cirrhosis is a condition where the liver gets scarred or damaged permanently. Scarred tissues replace healthy tissues. If cirrhosis is not treated, it can possibly lead to permanent liver failure.

As scary as it sounds, yes, cancer can also result from alcoholism. Too much alcohol can kill the healthy cells and proliferate the cancer cells in the body, including the cells in the mouth, throat, and esophagus. Some cancer diseases related to alcoholism are liver cancer, breast cancer, and stomach or intestine cancer.

Too much alcohol in the body impedes the immune system from functioning normally, hampering its normal function of fighting viruses and bacteria. The immune system is responsible for keeping at bay flu, colds, fever, and other infections or illnesses. The more a person drinks, the more that person is exposed and vulnerable to infections. Severe chronic alcoholics are often considered immunocompromised. Worst case, excessive and abusive alcohol consumption can lead to immune deficiency or autoimmunity. An autoimmune disease is when the body turns against its own healthy tissues.

At the end of the day, prevention is still the best remedy against alcoholism. It is preventing from reaching a point where a person is alcohol dependent or abusive. Preventing a person from getting deep into drinking. Drinking alcohol is okay if taken in moderate quantities. But when it becomes too much more than what is moderately allowed by the body, that’s when the health risks become a reality. Steering clear from becoming an alcohol addict is the solution, which eventually leads to steering clear, and staying away from alcoholism’s health threats.